The pre-Halloween season is upon us. While the general population is dipping their fish white bodies into pools and enjoying this blaring, extended daylight, the rest of us are itching for the end of summer and the start of the real holiday season!

Alas, for the diehards among us, the work to prepare for All Hallows has already begun. A new attraction, The Ghost Ship Haunted Experience, began online ticket sales today – they don’t open until October 14th in Newport Beach. And Universal’s Halloween Horror Night’s announced that next week they’ll reveal the details of one of their new mazes for 2011 (yes, even the tease of an announcement makes Halloween fans drool).

More importantly, summer time means audition and hiring time for October events, so we can work and play at the same time! Here’s a quick peek at Halloween preparations under way that you could take part of…

Zombies needed for a reality show: Wednesday, July 27th, 8am. No pay, but good for your zombie resume. Food and drink provided (brains?). Interested? Send your name, phone number, and number of fellow undead who’ll be joining you to: socalzombiewalk@gmail.com.

Halloween Horror Nights open auditions: demonstrate your “scare-abilities” for your chance to get paid to scare the buhjeezers out of Universal Hollywood guests throughout October. Monday and Tuesday, July 18-19. In addition to street and maze monsters, they’re casting stiltwalkers and celebrity lookalikes for their annual Bill and Ted staged show. Full details here.

Halloweentown sales staff: If you’re brave enough to work retail and give great customer service, Burbank’s Halloweentown may be looking for you.

Know of any other Halloween or horror hirings that Creepy readers should know about? Leave us a comment or email creepyla at gmail dot com. 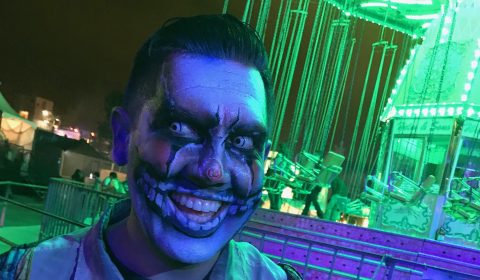