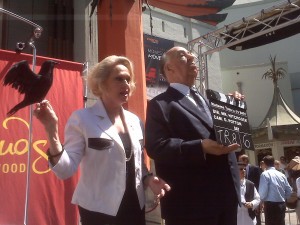 Earlier this month Tippi Hedren helped unveil the waxwork of Alfred Hitchcock which will feature prominently inside the new Madame Tussauds Hollywood, opening August 1st. In her introduction, Hedren told the audience that starring for Hitchcock in two of his films, “The Birds” and “Marnie,” made her somewhat of an authority.

Adrian Jones, General Manager of Madame Tussauds, explained that the Hitchcock display would, like all others at the museum, be fully immersive with visitors allowed to enter the infamous shower scene from “Psycho.” At the event, a scream contest was held, where the winners scream would be recorded and be included as part of the display.

The video has a brief rundown of the day’s events… including plenty of screaming.

Coincidentally, mere feet away from the unveiling is Michael Jackson’s star on the Walk of Fame, which may have had more of a crowd as fans paid their respects than the Tussauds’ event. Tippi Hedren confirmed to one reporter that her wildlife rescue organization, Shambala Preserve, has been home to two of Michael Jackson’s tigers, Thriller and Sabu, since he left Neverland Ranch. 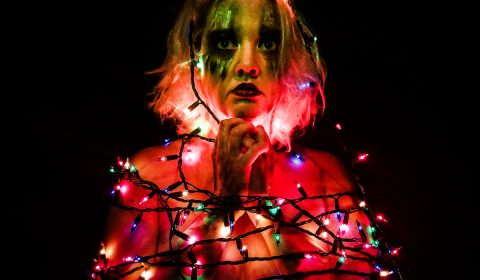 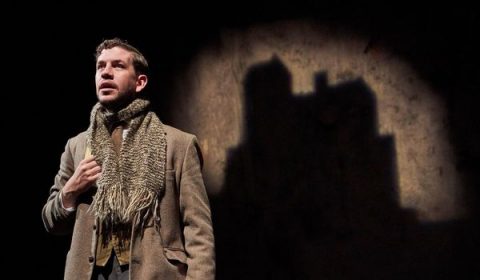