If the rumors are to be believed, Marilyn Monroe still gets around. Fifty years after her untimely demise, the ghost of Marilyn has been reported at various locations across the United States, including multiple spots in Los Angeles.

“How is this possible?” asks Yona Williams at Unexplainable.net. “Can she haunt two places at once? Or does she split her time between a wide-range of former stomping grounds?”

While you ponder that question, take a look at out map of places Marilyn’s ghost has been seen around the City of Angels.

1. The home where Marilyn died – 12305 5th Helena Drive, Brentwood, CA 90049: Shortly after midnight August 5th, 1962, Marilyn Monroe’s dead body was discovered inside the bedroom of her Brentwood home, her hand clasping a phone. The coroner’s official cause of death was suicide by pill overdose. Rumors persist that it was murder, covered up to look like an overdose.

Whatever the reason for Marilyn’s passing, her spirit has been reported her on numerous occasions over the years.

The house is no longer for sale, but here’s a peek inside from when it was up for grabs a few years ago:

2. Marilyn Monroe’s grave – Westwood Memorial Park, 1218 Glendon Ave., Los Angeles, CA: Keeping Marilyn’s remains company at this intimate Westwood cemetery are Poltergeist stars Heather O’Rourke and Dominique Dunne, both of whom died at a young age, as well as the recently interred Ray Bradbury. Not surprisingly, Marilyn’s ghost has been spotted near this space, possibly while floating to or from one of her other local haunts. Numerous photos taken of her crypt include “orbs,” but whether these of natural origin, or perhaps indicating the presence of spirits other than Marilyn’s, is up for speculation.

3. Love nest? – Beverly Hilton, 9876 Wilshire Blvd, Beverly Hills, CA: Los Angeles ghost story expert Richard Carradine told CreepyLA, “I believe the ghost of a blonde woman spotted in the penthouse suites is Marilyn Monroe.” Both hotel guests and staff have reported seeing this lovely apparition, which Carradine points out is where Monroe and Senator Bobby Kennedy are rumored to have been seen the night of her suicide.

The Beverly Hilton is also now rumored to be haunted by Whitney Houston who died there recently in an untimely, drug involved incident.

4. Roosevelt Hotel, 7000 Hollywood Boulevard: The most famous of Marilyn Monroe’s ghost sightings is here, where she’s been spotted throughout the hotel. Marilyn’s presence continues to be felt in her favorite room, #1200, and a mirror that once hung there has had many reports of showing her reflection long after her death. Even after the mirror was moved to the lobby area, people reported seeing her reflection. Recently, the mirror was moved into storage.

Richard Carradine told CreepyLA that Kenny Kingston, author of several books on hauntings, claimed that Marilyn materialized in the Cine Grill inside the Roosevelt, in front of him and a witness when it was otherwise unoccupied. “The perfume she wore lingered in the air,” Carradine relayed.

5. Knickerbocker Hotel, 1714 Ivar Ave.: Not far from Monroe’s most popular “haunt,” the Roosevelt Hotel, is the Knickerbocker Hotel, the site of the infamous Houdini seances following his death. Elvis Presley was a regular here, as was Rudolph Valentino, who now allegedly haunts the place. The hotel has since been converted into senior housing.

Marilyn Monroe was known to frequent the hotel bar with her then husband Joe Dimagio, but it may be a fascination with Valentino that explains her alleged haunting there. Per Richard Carradine, Monroe once told Kenny Kingston, “Too bad he (Valentino) died so young, we would have been great together.” Since her ghost also has been seen at the Knickerbocker, her wish could have come true

Have you seen or felt the ghost of Marilyn Monroe, at any of the above locations or elsewhere? Please let us know…. 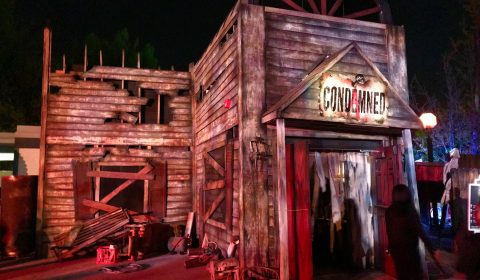 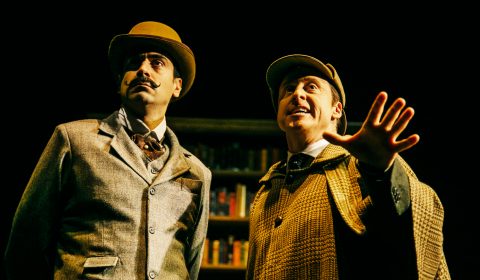 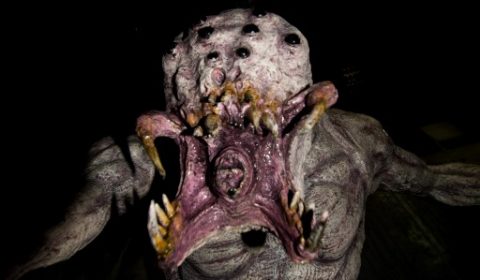